After 20 years as Executive Direct­­or of Burten, Bell, Carr Development, Inc. (BBC), Timothy Tramble has accepted an incredible opportunity to serve as the President and CEO of The Saint Luke’s Foundation of Cleveland. The board has appointed BBC’s long-standing, and very capable, Associate Director Joy Johnson to serve as Interim Executive Director

Effective July 2017!
Click the links in the organization names below to check out their websites: 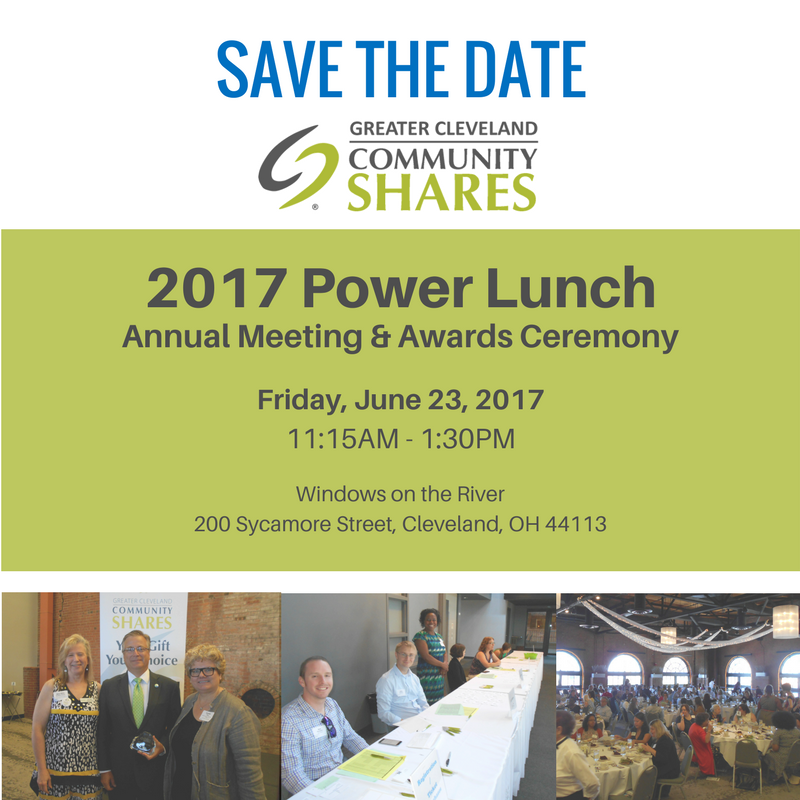 The new Member Directors are: ANDY TRARES of May Dugan Center and JOYCE ROBINSON of Northeast Ohio Coalition for the Homeless (NEOCH).


Discounted Tickets to "The Cradle Will Rock"

CLEVELAND, OH…. The Musical Theater Project, Kent State University and Beck Center for the Arts are partnering to produce in concert The Cradle Will Rock – a political fable written by Marc Blitzstein. Performances are Wednesday, September 21 (7:30pm) at Beck Center for the Arts, and Sunday, September 25 (2pm) at the Kent State University’s E. Turner Stump Theatre.

Although first produced in 1937, the hard-hitting Cradle – funny, angry and stirring – was selected by the three organizations for its relevance in this tumultuous presidential election year.

Blitzstein’s self-described “play in music,” a clarion call for unionism in an American steel town, remains the only Broadway musical the federal government ever tried to shut down prior to the Broadway opening night. Within its 80 minutes, we watch upstanding members of society – including the editor of the town’s newspaper, a leading doctor, a member of the clergy and two artists – sell out their principles to a ruthless corporate magnate. The musical examines corruption, corporate power and greed, the crushing of the “little guy,” and the urgency of reclaiming the American Dream.

“Cradle is a singular and stunning piece,” says Rudman. “It delivers terrific entertainment, but it may also be the edgiest political work ever created for our mainstream musical theater. Wherever you stand in the coming election, you’ll find that it tackles issues that have become central to the national debate. The show was produced in New York as recently as last year, winning raves all over again.”

The Cradle Will Rock is presented as part of “The Song Is You!” concert season produced each year by The Musical Theater Project at a variety of locations.

To schedule an interview with Bill Rudman, please call 216-529-9411 or e-mail info@musicaltheaterproject.org.

Windows on the River

If purchasing a table or more than one ticket, in the "Special Instructions" box please enter the names and dietary choices (Non-Vegetarian, Vegetarian, Vegan) of the people attending.

This year's social justice awards nomination form has been released. Awards to be presented at the  Community Shares' Power Lunch and Annual Meeting.

Community Shares has begun it's 2015-16 campaign. To get involved and start a campaign in your workplace, please get in touch with us.

Effective July 2015!
Click the links below to check out their websites:
Hispanic Business Center
A community institution committed to improving the economic condition of the Hispanic community in Northeast Ohio through education and empowerment focused on entrepreneurship.

An organization committed to not only serving individuals, but helping them improve the community in which they live through education and teaching productive change.

Tremont West Development Corporation
An establishment that serves Tremont by organizing an inclusive community, building a unified neighborhood and promoting a national destination. 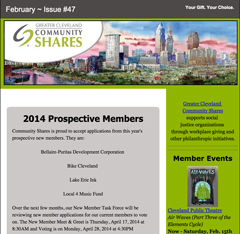